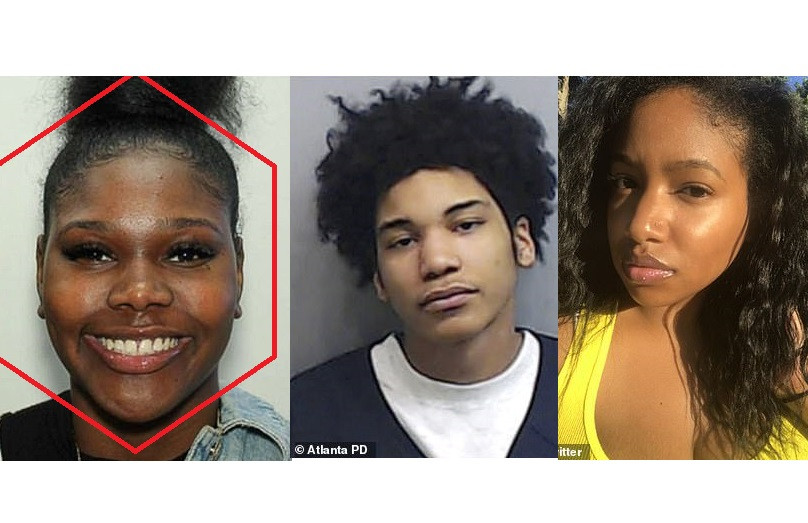 A Georgia student who went missing last month has been found dead. The body of 21-year-old Alexis Crawford, a senior at Clark Atlanta University, was found in a park in Dekalb County off of Columbia Drive in Atlanta on Friday, November 8, 2019. Police identified two suspects as Jordan Jones and her boyfriend Baron Brantley -- both 21. One of the two suspects led investigators to where her body was found, Atlanta Police Chief Erika Shields told reporters. Jones initially told officers she had last seen Crawford on October 30 at her off-campus apartment located 1.3 miles from campus.  "While a motive has not been clearly established, the department did take a police report from Alexis Crawford on October 27, and this is a few days prior to her being reported missing," Shields said. "In this report, Alexis described unwanted kissing and touching from Barron Brantley." Jordan Jones is the victim's roommate and friend, police said. Brantley is the boyfriend of Jones.On the day Crawford disappeared, Police said she was active on her social media accounts and sent money to her younger sister via Cash App. Crawford also went to a nearby liquor store with Jones around 11.30pm before the two returned to their apartment at Heritage Station on McDaniel Street. 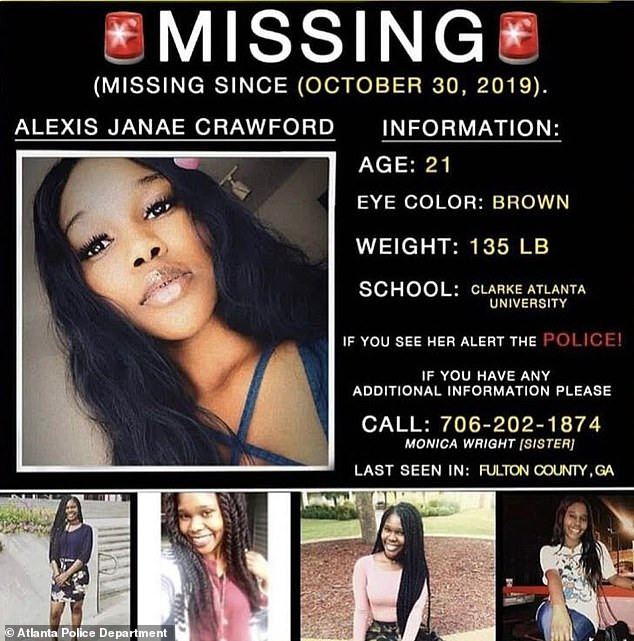 On her last communications, Crawford's roommate told police she saw her around midnight November 1 before going to bed, a police report said. She was not in the apartment the next morning when the roommate left for class, and the front door was locked with a dead bolt, the roommate told police.Crawford's iPhone, identification and debit card were missing from the apartment. Her phone charger and keys were found inside the apartment on the end table by the couch, the police report said.Her sister told police they last spoke around 8:44 p.m. on October 30, when Crawford asked her sister what she planned to do over the weekend. Her sister said she wasn't doing anything and Crawford stopped responding to texts after that, her sister told police.Her mother told police she was in good spirits and laughing when they spoke that night. The next day, the family reported her missing.The post College student found dead a week after going missing, roommate named as a suspect appeared first on Linda Ikeji Blog.