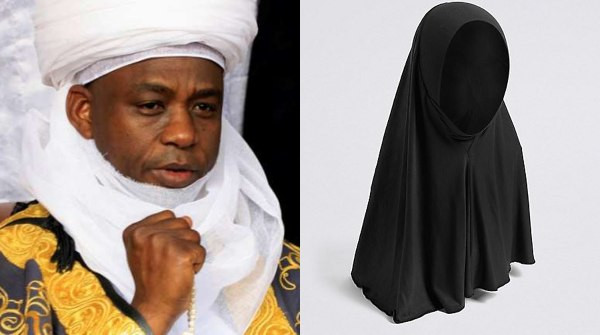 The Sultan of Sokoto, Alhaji Muhammad Sa’ad Abubakar has stated that female Muslim students have the constitutional right to use the Hijab.  Alhaji Muhammad Sa’ad Abubakar who spoke at the 4th General Assembly of the Muslim Ummah of South-West Nigeria (MUSWEN) themed “Muslim Unity and Contemporary Political Challenges in Nigeria” and reportedly held at the University of Ibadan on Sunday November 17, told Muslim parents to always demand for their rights whenever they are being denied within the ambit of the law. He also enjoined those championing causes in interest of Muslims to seek redress in a peaceful manner instead of open confrontations. The Sokoto Monarch also disclosed that they've been advocating for the issue of hijab in universities silently.  “Muslims must be law abiding, the moment we are attacking each other, then there will be no peace. So we need peace. And we have been doing our own in silence. I urge all of you to be law abiding. The issue is at the court and since it is in the court, we can’t make further statement, so that we don’t commit contempt of the court.“Demand for your rights within the ambit of the law. I urge all of you to be patient because Almighty Allah loves patient people. On the issue of Hijab at the university, there are some organizations that are advocating for it, let them continue advocating, but at our own level we have been doing ours silently.“In the constitution, we have freedom of religion. If my religion allows me to wear Hijab, nobody should stop me. So our politicians and leaders must know that’’.The post Female Muslim students have constitutional right to use Hijab Sultan of Sokoto appeared first on Linda Ikeji Blog.